Increasing warming of the climate for the northeast of Germany. More extreme dry seasons, heavy rainfall and storms with high wind peaks. Their resulting costs are increasingly burdening the households of cities and companies alike.
The Potsdam Institute for Climate Impact Research (PIK) in has stated:

In relation to the surrounding countryside, the city forms a warm island, where peaks of 4 to 5 degrees Celsius more than in the region are measured on hot days. This increases the summer heat stress. The media focus above all on visible damage caused by fallen trees (on cars), blocked traffic routes, cut overhead railway lines, but much more serious are the health effects of heat waves.

In the conclusion of its project AFOK (Adaptation to the Consequences of Climate Change) of 2016, the PIK states::

“It is essential to educate urban society about the coming risks and to make it clear that and, above all, how action can be taken – also by each and every individual”

In 2011, the Senate Department for Urban Development and Environmental Protection will adopt the “Urban Development Plan (StEP) Climate”, an informal planning instrument to sensitise and inform experts and the general public. This is followed by several publications with best-practice examples on adaptation to climate impacts from various ministries.
2016 Adoption of a refurbishd StEP Climate Action Plan, against the background of expanded scientific knowledge and the fact that the growth of the city is rapidly picking up speed.

Climate adaptation in the city is now described as an integrative strategy: instead of providing its own subsidies for adaptation, measures are to be integrated into new projects in housing construction, commercial development, transport planning, green and open space design.

The strategy of the compact city, the “city of short paths” through subsequent densification, will be maintained during the process of urban transformation. The focus will be on the two weather extremes of drought and heavy rain and those urban areas that are particularly affected. The selection and spatial focus of the measures is based on GIS-supported modelling of parameters relevant to urban climate on the basis of high-resolution building and vegetation data. 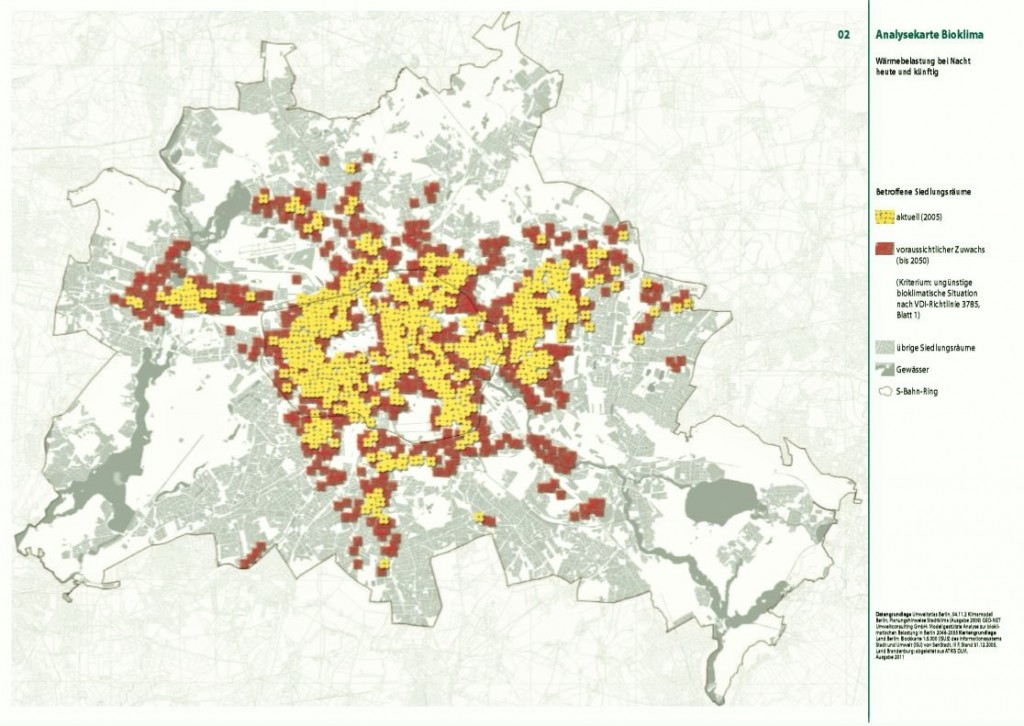 In 2016 a roadmap called “Stadtentwicklungsplan Klima Konkret” describes measures for adaptation to the consequences of climate change, In relationship to the specicic sensitivity the program describes six stepping stones for future developments: 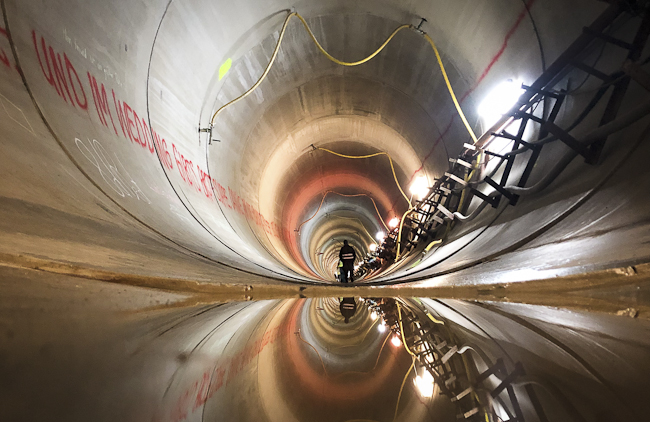 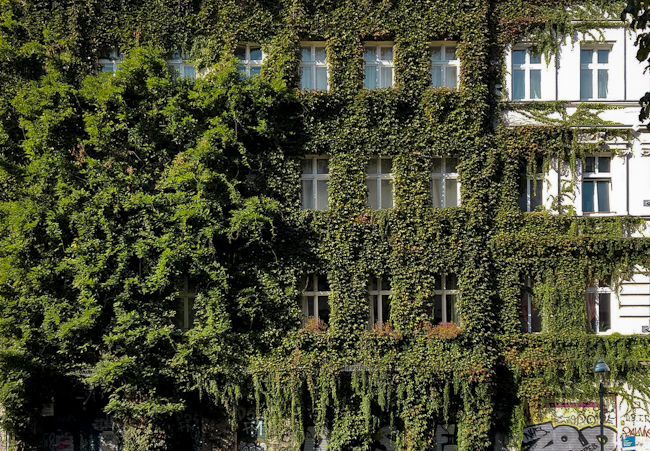 The result of the election to the House of Berlin parliament in 2017 changed the layout of the Senate administrations. Since then, the Senate Department for the Environment, Transport and Climate Protection, SenUVK, has been responsible for climate protection, while a separate department has been established for urban development and housing, SenStadtWohn.

Further activities in climate protection and the reduction of greenhouse gases

The Berlin Energiewendegesetz (Energy Turnaround Act), which came into force in 2016, provides the legal framework for the city’s desired climate neutrality by 2050. Compared to the 1990 reference value, CO2 emissions are to be reduced by 40% by 2020 and by 60% by 2030. The city itself wants to set a good example in this respect: Senate and district administrations should organise themselves in such a way that they will be CO2-neutral by 2030.
In addition, Berlin is relying on international cooperation to exchange best practice measures and bundle effects.

In 2018, the Berlin Energy and Climate Protection Programme (BEK) is adopted. The BEK contains measures in the fields of energy, transport, buildings and urban development, business and private households and consumption for the implementation period up to 2020 and the development horizon 2030. It represents the “roadmap” on the way to climate neutrality by 2050.

Civil society initiatives, such as the #FridaysforFuture demonstrations in Berlin’s government district, are putting additional pressure on federal and state politicians.

On May 6, 2021, the governing coalition in the Berlin Parliament decided to establish a Climate Citizens’ Council based on an idea from France. This council is now to develop proposals and recommendations for a socially just and climate-neutral Berlin. A big success for the “Klimaneustart” initiative.
This had submitted 24,812 valid signatures for a climate citizens’ council. The Senate is now required to establish the Climate Citizens’ Council and to provide funding for work, moderation and scientific support. 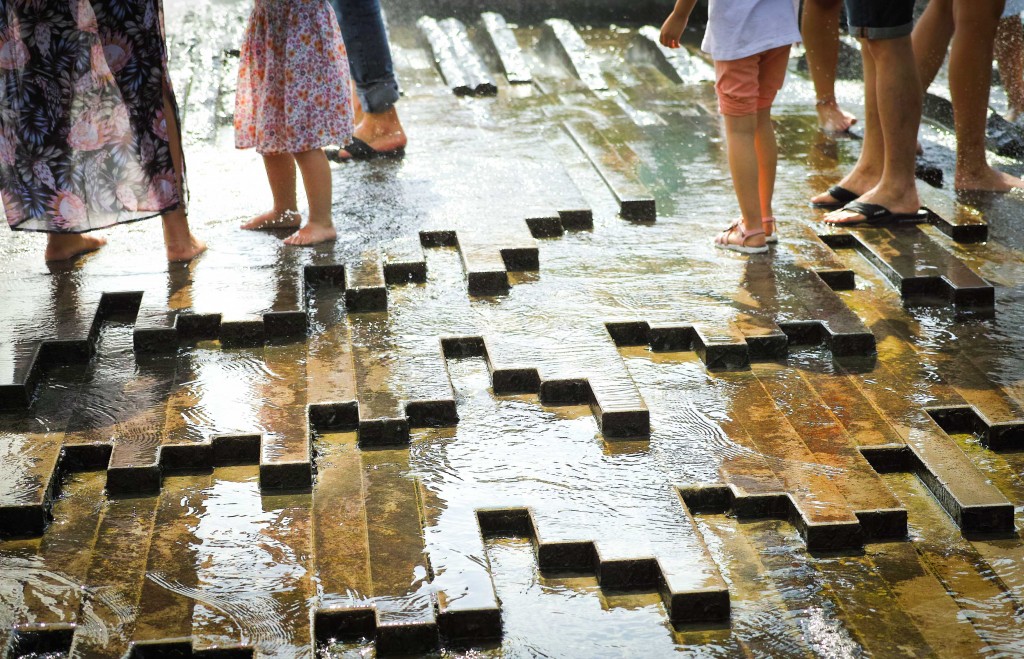