Spontaneous vegetation in the city – the green traffic island at Molkenmarkt

In the centre of Berlin, there are only rarely areas where urban greenery can develop spontaneously. Occasionally, however, such areas can be discovered during major urban redevelopment projects or in the vicinity of long-standing construction sites, as the example of a small traffic island at Molkenmarkt shows.

In the historical centre, just behind the Berlin City Hall, streets and squares are currently being relocated. The historical city layout is to be made visible again here within the framework of an urban redevelopment and redensification. Before construction work begins, the areas are currently being examined for archaeological finds. The current and future course of the streets can be seen on the site of the Stadtwerkstatt which controls the public participation procedure. 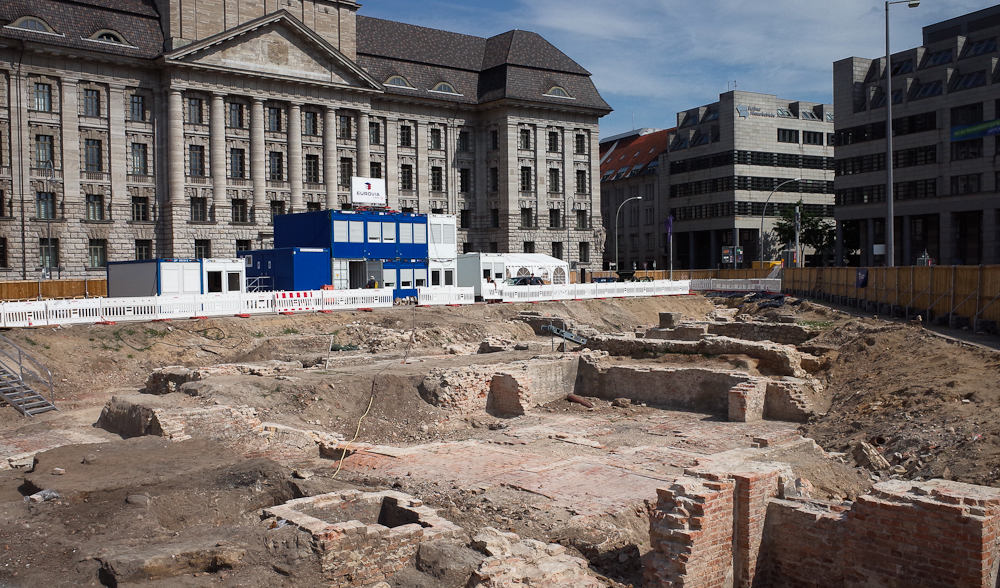 To the southwest there is a small triangular-shaped traffic island. It is about 30m long and has about 15m at its widest point. It will disappear to a large extent within the framework of future planning.

The map shows the situation three years ago. Shortly after, the trees were felled and the area cleared 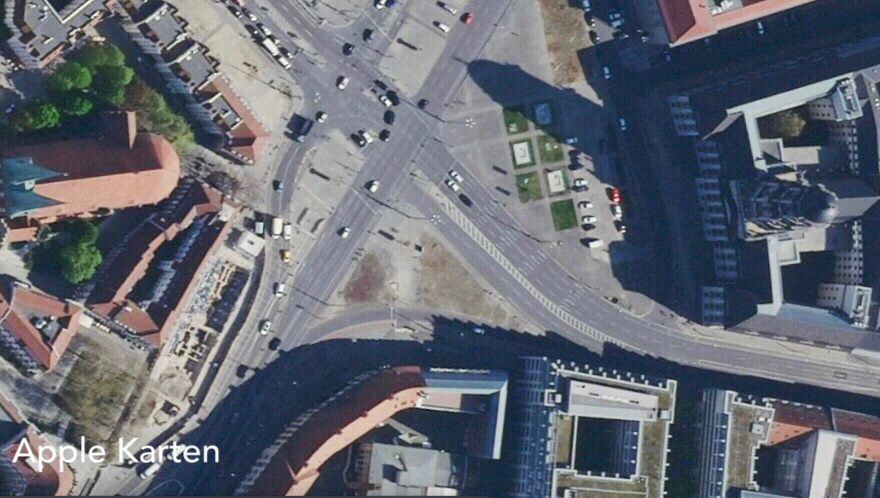 The map shows the traffic island without vegetation

The ground of the site consists mainly of sand mixed with debris. Parts of the area are covered with pavement slabs. There are also piles of chaffed material from the felled trees. Apart from the root growth of previously existing trees, the traffic island was thus largely free of vegetation until 3 years ago. Since then, seeds of various species have been brought into the area by wind, animals, passers-by, passing cars or trucks and have been able to develop freely.

What has developed and what does it look like today?

Which plant species and how many can settle in the short time and how has the vegetation developed? 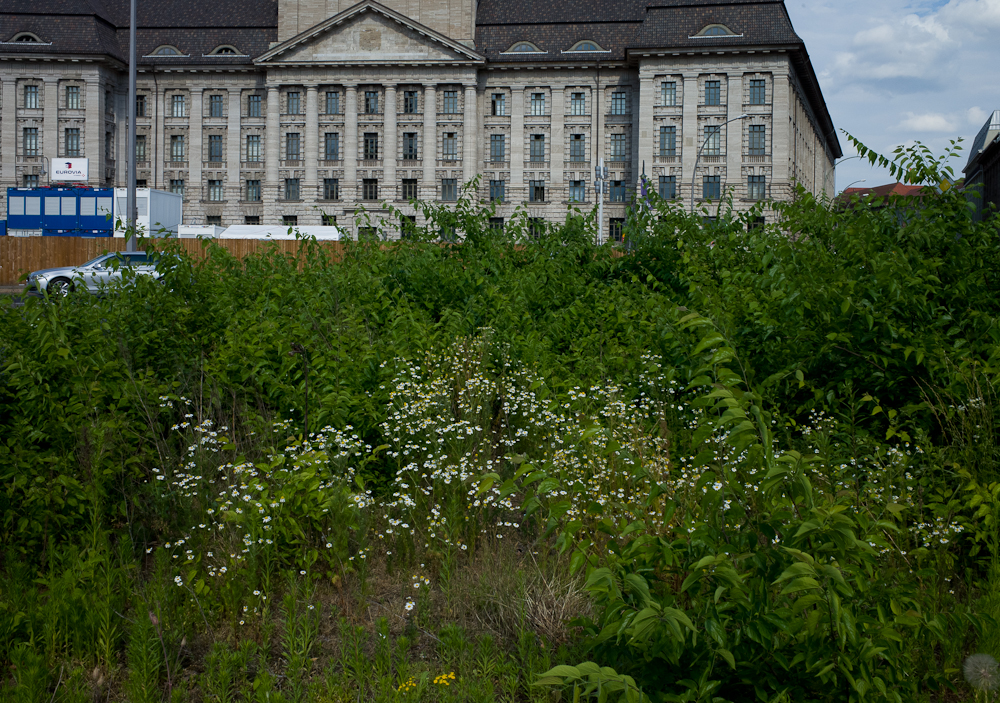 View from the sidewalk in northeast direction with townhall (Photo: C. Hajer)

Mapping took about 6 hours, distributed over two afternoons on 21 and 23 June.
For the less known species I used the apps of “Flora incognita” and “Naturblick” from the Berlin Museum of Natural History. Some plants could not be identified beyond doubt and were allowed to keep their secret. The current state includes the classic flowering first settlers, which form soil and herb layers, as well as first perennials and young trees as pioneer shrubs. 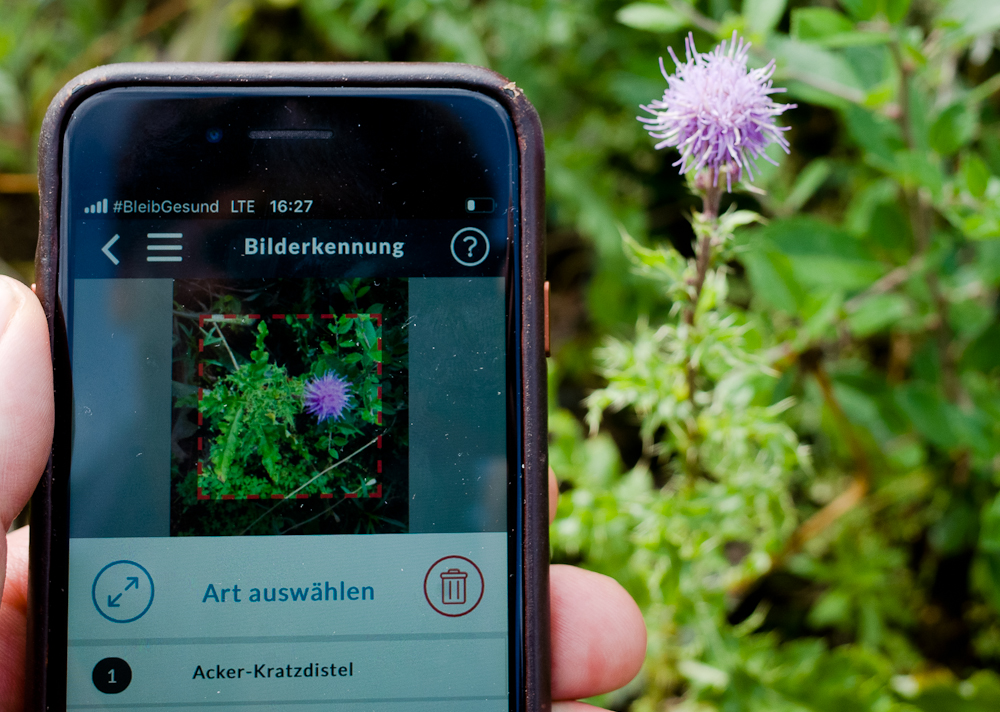 A total of 96 different plants were identified. For Berlin, the total species list of the State Commissioner for Nature Conservation in Berlin contains 1527 established plant species, 304 of which are neophytes, i.e. plants that only came to Europe after 1500. If one follows the data of the Naturrschutzbund NABU Berlin, there are 2,200 ferns and flowering plants. The high number of 96 species on the small area was surprising and not to be suspected at first sight.The current state of the vegetation includes the classic flowering pioneers such as various types of clover, evening primrose, viper’s head or compass lettuce, which form the soil and herbaceous layer there, as well as the first perennials and pioneer trees such as the sessile cherry, the tree of heaven and the bridle tree. 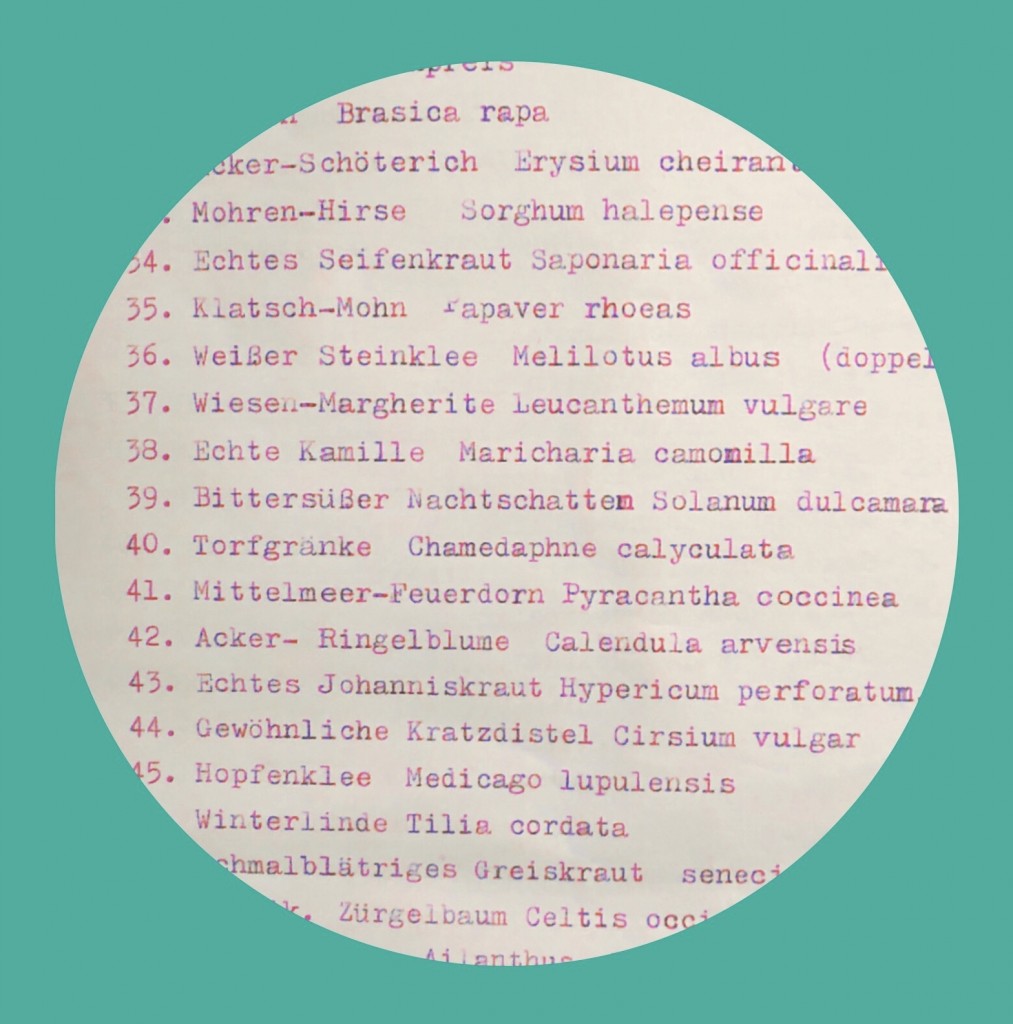 Detail from the list of detected plants (Photo: C. Hajer)

If the plants were allowed to grow there undisturbed for 30 years, the result would be a small urban grove. On a larger scale, this can be seen in the nature park Südgelände or in the wooded areas around the park at Gleisdreieck. Formerly used as marshalling yards, these areas were free of vegetation and could develop for decades without human intervention during the Wall era.

Occasional mowing could preserve some of the flowering plants on the traffic island. This would also be positive for insects and birds. 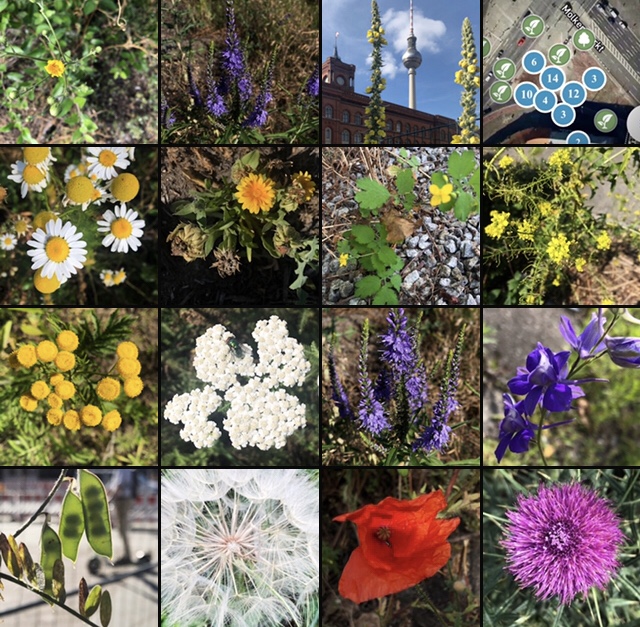 In comparison with areas planted with horticultural plants or meadows and forests designed in a near-natural way, however, such spontaneously grown vegetation areas show a higher biodiversity. this also applies in comparison with areas in Brandenburg. Moreover, the resistance of these plant communities to environmental influences is also greater. This also applies to climate impacts such as wind, heavy rain, drought, but also pest infestation.

The new documentary film “Natura Urbana” by Mathew Gandy and Sandra Jasper from the University of Cambridge deals in detail with the historical development of Berlin’s urban wastelands since World War II.

A guided tour on the subject of urban forests in Berlin is in preparation and will soon be available in our tour programme.