The city model exhibition of the Senate Administration for Urban Development and Housing provide a good overview about urban development, new projects and new architecture.

The two large models of the central area are on a scale of 1:500 and 1:1000 illustrate the construction work carried out since the reunification of the city. The results of the urban planning competitions of recent years have also been incorporated. They show the status of urban planning and thus the framework for future investments.

The central area in Berlin has various tasks. On the one hand, it’s a place of representation for the capital of the Federal Republic of Germany.
On the other hand, distinctive buildings, urban ensembles and designed cityscapes, such as the TV Tower, City Hall, Brandenburg Gate, Museum Island, but also the Tiergarten as a park, have a special significance for the identification and the self-image of the citizens of all districts of Berlin. 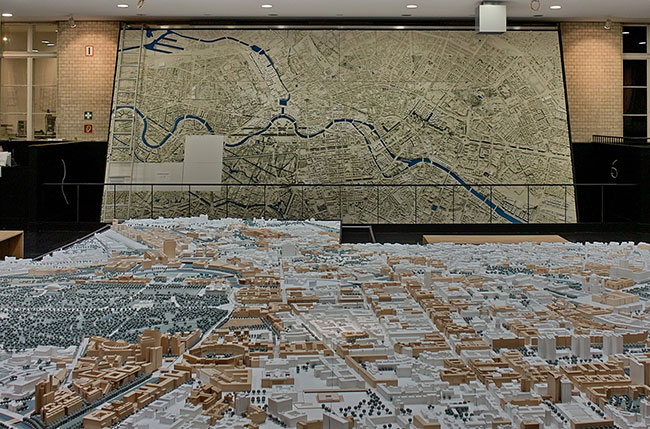 Stalinallee, Tv-Tower, Palace of the Republic – Planning model of East Berlin as capital of Communist Germany

In addition, there is a planning model from the time of the GDR which shows the area of Berlin (East). The comparison of the models provide a good overview about the transformation of urban environments of the past 30 years and illustrates the integration of capital functions into the urban landscape. 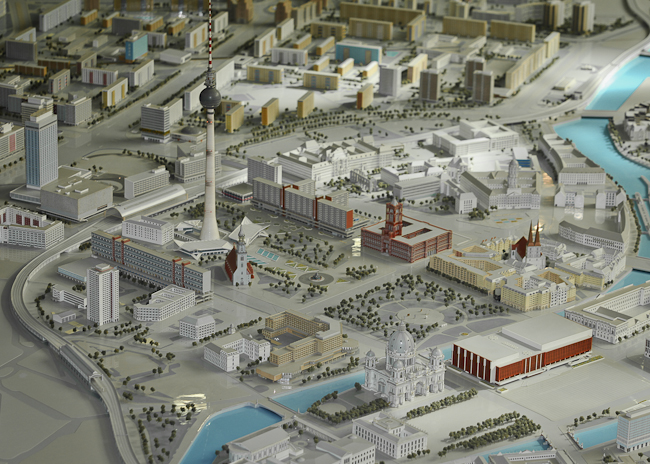 In addition you´ll find a barrier-free tactile model of the centre in the room. Information on urban development and individual areas can be accessed via a headset, which is available at the counter. Berlin city model exhibition is complemented by the land use plan, a series of historical black plans and aerial photographs showing the eventful history of the centre. Admission is free.